The past 15 years, there hasn’t been a festival in the magical world of electronic music as prestigious and sought-after as the Belgium based Tomorrowland. Year after year the fest has been sold out within seconds, creating a desperate hunt for tickets to get a chance to experience the fantastical world of Tomorrowland and its star-studded lineup. Likewise, the 2020 edition should have been another one for the books, but then Corona came and washed away all the plans the festival organizers had made. For a while, it seemed like all hope had been lost and like 2020 would be the first after 15 years without its mandatory celebration of EDM. But then the festival’s team decided to take advantage of today’s technology, shifting the party fully online and creating the first-ever digital festival with not so digital DJs.

For three months, a talented team of over 200 people worked on creating this new world and did not dare to miss out on anything that usually makes any festival fan’s heart beat faster. Starting with a food court equipped with cooking videos by DJs and cocktail lessons, to a fully equipped library featuring a quiz about the past festival edition, to a total of seven magical stages and the as per usual breath-taking main stage – as always, the goal of the organizers was to make Tomorrowland the best it could be.

A mix of real-life video footage of past festival editions and exclusive live sets of DJs embedded in a whimsical world that could have easily been for a computer game – that’s what the magnificent island of Pāpiliōnem looked like. The entire world united again as one – following the COVID-19 measures, but without any borders or boundaries – accompanied by more than 60 of the world’s most prominent artists in electronic dance music, like David Guetta, Martin Garrix, Tiesto and Dimitri Vegas & Like Mike, who performed their newest tracks on one of the eight digitally created different stages for over one million music lovers and festival goers all across the world. A worthwhile alternative for 2020 to bring fans a touch of the festival that usually makes them feel at home – that was ‘Tomorrowland Around The World’. It might not have felt the same, but in times of Corona, people have to get creative and that is what Tomorrowland undoubtedly achieved. 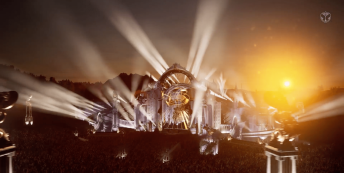 After an almost two-year-long wait, Nottingham-based trio Amber Run finally had their return back to the live stage and brought their astounding mix of indie-guitar riffs and soulful ballads to Camden’s Electric Ballroom. 🌟
These are some of the spectacular hits we've been loving these past few days and weeks.✨✨
It does not happen often that fans need an hour or even longer to explain the story of an album. But in the world of @twentyonepilots, that is as normal as the sun rising every day. From hidden messages to secret storylines and a not-so-fictional world waiting to be discovered - the new era of TØP serves as the peak of their musical storytelling and paves the way for what‘s to come. But not without leaving one or the other question mark. ☀️
It was a warm and quiet Saturday night in the middle of London when the Norwegian indie-prince Boy Pablo took the stage at St John-at-Hackney Church together with his ensemble of talented friends and family. 💜
While the summer is slowly coming to a close, it seems that the music industry is just starting up again, with countless heavenly tracks and exciting new albums blessing our all ears. 🤍
Ever since @camillelia stepped into the world of releasing music in 2020, the young up-and-coming artist has found her niche "early 20s identity crisis". This time around she is back with 'the other side' and is establishing her reign as an indie-pop starlet. ⚡️
Loading Comments...
%d bloggers like this: