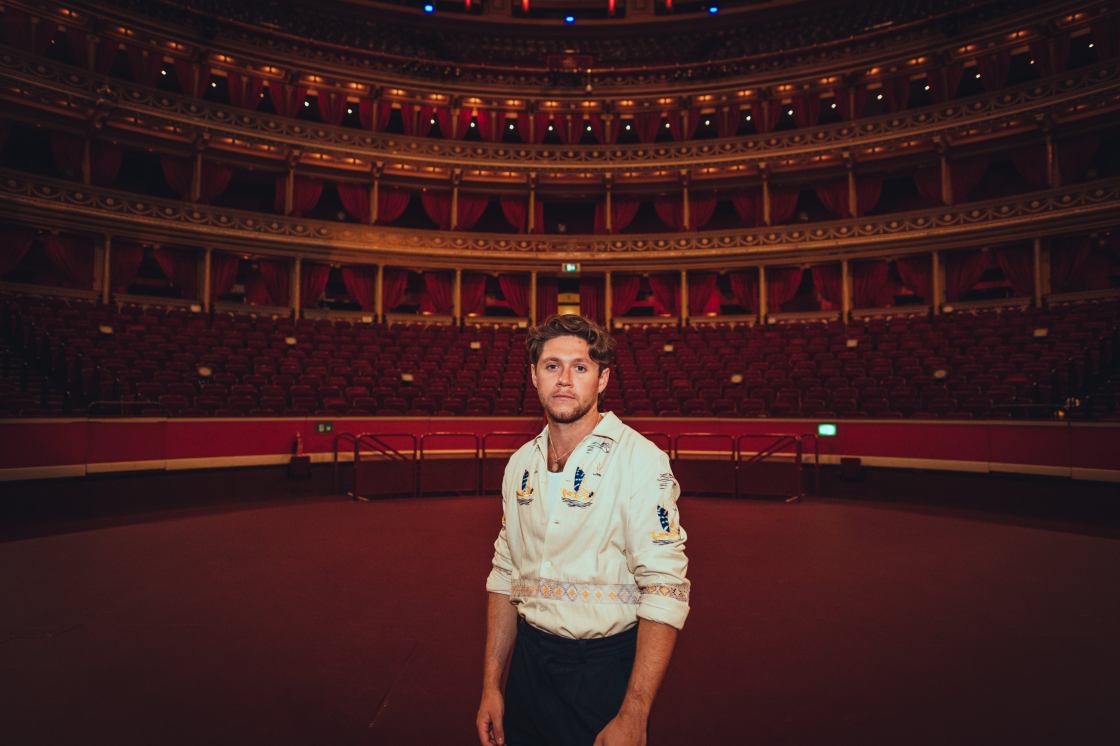 “Dear patience, can we share a drink and let go of the pressure?”, the lyrics to ‘Dear Patience’ are the opening lines to Niall Horan’s virtual gig, live from the Royal Albert Hall in London. One could say, this particular line portrays the anxiety people feel regarding the second national lockdown and the ongoing COVID crisis in general.

The concert starts without any intro — Horan is already sitting on a chair in the middle of the stage, one single spotlight shining down on him. A very intimate feeling comes along with it, the camera close-ups are almost invading his privacy. As the next song ‘Heartbreak Weather’ is approaching, his band joins him on stage, creating an ambience that seems more like a gig as we know it – than a soundcheck or a rehearsal. As more songs are played, the stronger the feeling of actually being at the venue ensues.

Different filming angles, close-ups and camera circulations around Horan and his band bring his screen performance to life, so does the different stage lights and Horan’s choice of songs – an alternation between ballads and bops from both of his albums (‘Flicker’ and ‘Heartbreak Weather’). Horan nor his band are wearing facemasks but obeyed the social distance rule, making sure they are never too close to each other. The highlight of the gig is Horan’s surprise guest Ashe, who he brings on stage to sing their single ‘Moral of the Story’ together, and play it live for the first time ever. Their voices filled the empty hall in a beautiful and mesmerizing way. When he played his hit song ‘Slow Hands’ right after, it would’ve been impossible for you to not enjoy yourself or sway to the melody.

Before finishing the show, Horan expresses his thankfulness for the people who bought tickets (from 152 countries, all over the world), his band and his touring crew. All the profits from the livestream will be shared between his touring crew and the #WeNeedCrew relief fund, since they are the people that are currently unable to work and Horan wants to give back to them, in hopes of inspiring other artists to do the same for their teams. Finally, he played ‘Flicker’ — the lyrics (“a flicker of hope”) could also be interpreted to emphasise the current situation we are in, looking forward to healthier and safer days and to experience the feeling of togetherness in real life again as soon as possible.