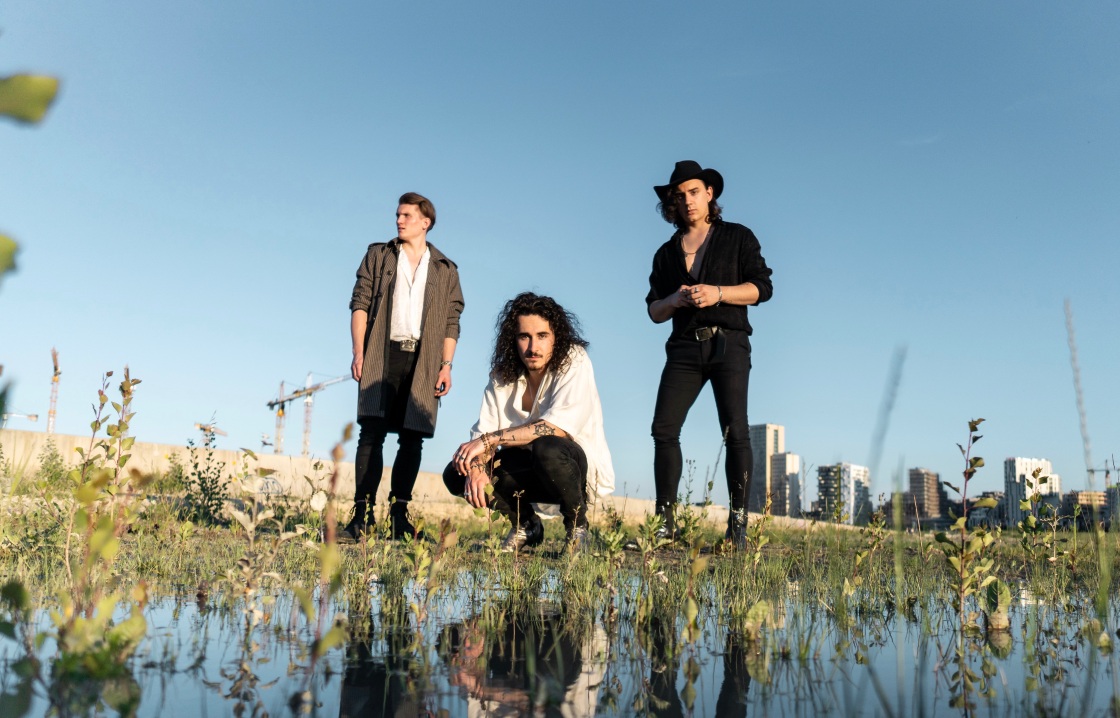 The COVID-pandemic has affected everyone in the music industry, especially upcoming acts who were supposed to embark on their first touring adventures in 2020 and the last few months – including the Viennese band Mandalane. Vicky Madzak spoke to the lead singer Niklas Budinsky about how his band had to replace their live shows with performances being uploaded to their Instagram account and took a trip down memory lane, providing insight on the band’s highlights of the past few years.

Ever since its formation, Mandalane (all members in their early 20s) have been steadily gaining a lot of followers and listeners by continuously sharing their progress with their fans online. In a nutshell, the band’s history is quite simple: “I have always been interested in making music. I learned how to play the piano when I was four years old and how to play the guitar when I was eleven,”, Budinsky remembers. When he was in high school – a music school of course – he met Julian Auer, who was taken over by playing the bass, and the both of them quickly went on to make music together. Through a mutual friend, they later met their drummer Alexander Gruber and officially decided to start a band. Like many bands on the come-up, the talented group writes, records and produces all of their songs themselves in a studio on the outskirts of Vienna: “It’s the best way to keep our creative freedom,”, Budinsky explains.

In 2018, the trio often travelled to Stockholm to connect with people who could potentially help them improve their songwriting and producing skills and to simply gain experience. Around that time, Budinsky, Auer and Gruber also decided to step up their fashion game, so they could be recognised more easily and visually express themselves. “It’s an ongoing struggle,”, Budinsky laughs, explaining how their different styles often don’t seem to match, causing heated discussions during video- and photoshoots.

A year later, the group took part in the German casting show ‘My Hit. Your Song.’, where they covered ‘Want To Want Me’ and ‘The Other Side’ by Jason Derulo, who was also serving as a judge in the show and absolutely blown away by their performance. And not only Derulo but also Olly Murs quickly became a fan of the group, comparing their style to The 1975 – a massive compliment, since Mandalane still like to credit them as one of their favourite bands and inspirations, alongside Bon Iver and Coldplay.

When it comes to songwriting, Mandalane like to follow the footsteps of many other creatives. As Budinsky admits, he is the most productive at night: “I find inspiration in the starry night sky, street lights, candles and red wine”. The lyrics are often about love, finding comfort in your significant other and appreciating their existence – “what are the odds…” to meeting them in the first place, Budinsky sings in their single ‘The Odds’.

Their lyrics might come across as mainstream, but their sound definitely doesn’t – it’s “too much rock for radio, too much pop for SoundCloud” as they capture it in their Instagram bio. And it‘s true. Mandalane don’t fit any genre, they’re just being their most authentic selves in everything they do, and if there is one thing we are sure of, it is that that will definitely be rewarded in the future. Their start might not have been the easiest, but this is only their beginning.

The days are starting to be longer, the nights shorter and Spring is almost here so what would be a better way to celebrate the changing of the weather than new music? After a hopeful few weeks a future of normality is coming near. Therefore, we want to show you the songs that have made us celebrate life in all ways and forms. From laughing and dancing in your living room to being a crying mess in your bedroom after the acclimation of emotions, March is here and so are we. This list is made for you to enjoy and we sincerely hope you do. 💖💖
Happy Birthday @stmpdrcrds ✨🎉
It’s been over four long years since a new Kings of Leon album has grazed everyone’s ears and hearts. ‘WALLS’, the band’s so far biggest commercial success saw the quartet land a hit at the right time, at the right place. And with an extensive catalogue of 20 years of experience in the business, the group is far from having to reinvent itself or having to prove why the members have become legends amongst gods in rock’s heaven. ✨🔥
Click on the link in bio to read how thanks to @rinasonline the much needed change to the eligibility rules of the @brits and @mercuryprize finally happened. ✨
Click on the link in bio to read Issue 3’s last Hidden Gems feature. 💫
“@tashsultanaofficial, offers a ray of light in our current times with ‘Terra Firma’, an album that is equal parts hypnotic and ethereal, euphoric and explosive.” 🌿
Loading Comments...
Comment
×
%d bloggers like this: