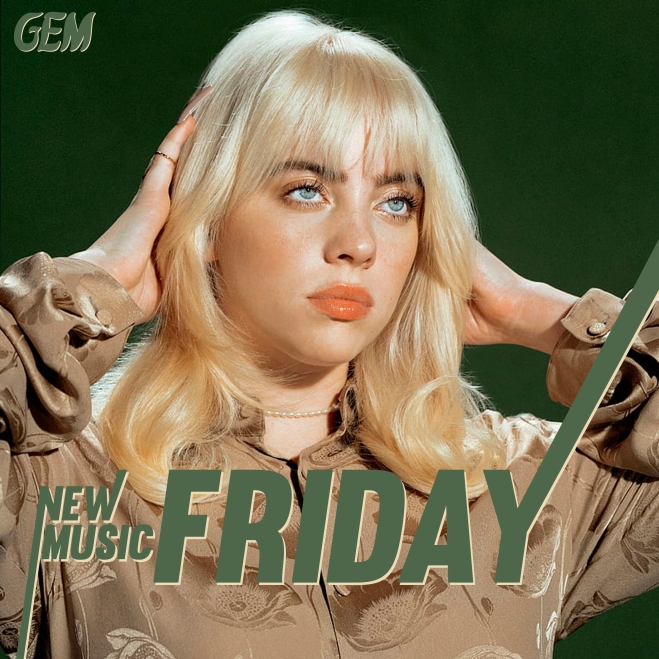 Summer is in progress and so is the catchy, optimism filled music that comes along with the territory. From dancing along with Jungle’s latest release ‘Truth’ to the clarity that Lorde brings on ‘Stoned at the Nail Salon’. this week’s New Music Friday has a playlist to keep each and everyone entertained and the reviews are a further explanation of some of GEM’s favourites, so relax, listen to the playlist, and delve into the wonderful world of music.

Lorde – Stoned at the Nail Salon

After four years of radio silence, Lorde decided to breathe new music into the world with ‘Solar Power’. Last week, a second song, ‘Stoned at the Nail Salon’, of her upcoming third studio album has been released and it’s already obvious that both songs already showcase what the overall new sound of the album will be.

‘Stoned at the Nail Salon’ shares the story about the passage of time, getting older and questioning decisions in life, described by lyrics such as “Cause all the music you loved at sixteen, you’ll grow out of”, and “Spend all the evenings you can with the people who raised you” / “Cause all the times they will change, it’ll all come around”.

With just an acoustic guitar and a fragile voice, Lorde gives subtle but beautiful vocals that guide you into endless soft clouds. Gradually, the song blossoms with a bass guitar line that makes the song perfect to listen to on a rainy summer evening. Melancholic-expert songwriting is never far away when it comes to Lorde’s repertoire, and is once again present in ‘Stoned at the Nail Salon’. Lorde never fails to disappoint, so this track has only made us hungry for more.

Jungle is treating their fans with another new single called ‘Truth’ which starts with a fun and repetitive guitar tune that plays the lead throughout the entire song. Even though the song doesn’t fit in the typical Jungle style right away, it remains very catchy with a sultry pre-chorus, and a catchy chorus that goes like “Ιt’s the truth” / “Ι οnly wanna wake up fοr you” that can be sung along with ease. For the band, the song stands for youth, love, and trust; the feeling of finding someone who means more than anything else in the world.

The musical instruments, and later in the song some guitar solos, step into the foreground, but the high funk voices of Josh and Tom inevitably keep the Jungle identity.

Jungle has delved into a new style of music that is sure to please fans. ‘Truth’ and previously released songs like ‘Keep Moving’, ‘Dry Your Tears’, ‘Talk About It’, ‘Romeo (feat. Bas)’, and more will be on the new album ‘Loving in Stereo’ which will be released to the world on August 13.

After announcing their collaboration project ‘Silk Sonic’ in February, Anderson.Paak and Bruno Mars are back with their second single ‘Skate’. Their latest effort attempts to combine a summery hit-tune with a production filled with vintage vibes that reminisce the ‘70s and proves to be another successful endeavour.

Yet ‘Skate’ is not just a track on its way to a number one position on the hit lists but also provides a gleeful experience that lauds in the second half of the Summer of 2021. With Silk Sonic, Bruno Mars and Anderson.Paak are establishing that they are able to keep their individuality in their music whilst coming together and coming up with a new collective that is already one of the most talked-about projects of the year. ‘Skate’ is another way of knowing that their upcoming debut album is going to dominate everyone’s playlists. The catchiness and blatant optimism are noticed throughout the three-minute track. And that is the reason for ‘Skate’s’ and Silk Sonic’s success, as it doesn’t feel forced but rather a personal insight into a fun and loving friendship which resulted in great music.

It was a warm and quiet Saturday night in the middle of London when the Norwegian indie-prince Boy Pablo took the stage at St John-at-Hackney Church together with his ensemble of talented friends and family. 💜
While the summer is slowly coming to a close, it seems that the music industry is just starting up again, with countless heavenly tracks and exciting new albums blessing our all ears. 🤍
Ever since @camillelia stepped into the world of releasing music in 2020, the young up-and-coming artist has found her niche "early 20s identity crisis". This time around she is back with 'the other side' and is establishing her reign as an indie-pop starlet. ⚡️
@victoriousfestival was a glorious celebration of the return of live music with the occasional mishap and brought us a weekend of immense joy and jittering excitement. ⚡
@thisislany are back for good - their latest full-length endeavour ’gg bb xx’ sees the indie-pop trio dive into new depths of their musical artistry ✨
Imagine this – the sun is shining, you are standing in a field, loud music is pumping through your ears and soul and everywhere you look are excited strangers dancing and cheering to the soundwaves. Life is easy. ☀️
%d bloggers like this: