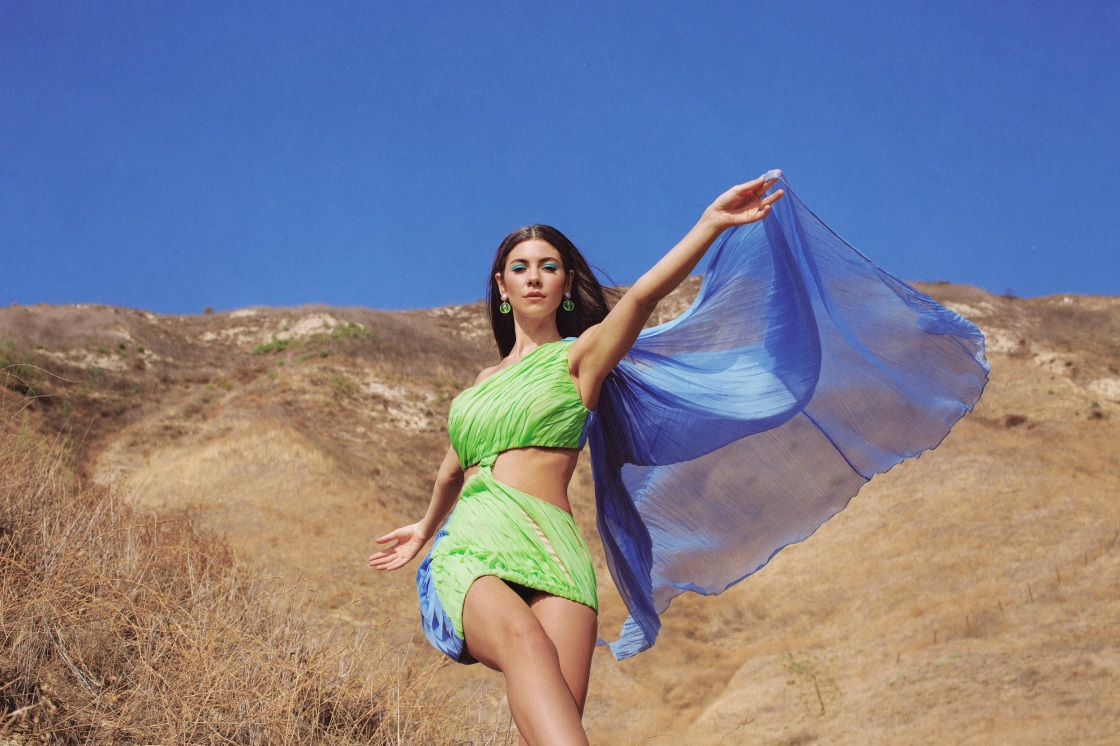 In the summer of 2019, back when gigs where still a thing and the world wasn’t in shambles yet, Marina Diamandis, formerly known as popular musical act Marina and the Diamonds, made a callout on her social media for female collaborators for her newest project, asking her fans and followers whom she should be paying the most attention to. For a story that could only be told by women.

And the Welsh pop artists kept to her plan, an endeavour which began upon learning that women account for only two percent of producers and three percent of engineers involved in popular music. With her latest release ‘Man’s World’, the singer-songwriter blesses us with her epitome of female empowerment and collaboration. The serene single off of her fifth studio album, which is due to be released next year, was written solely by Diamandis and brought to life by an all-female creative team. Produced by Jenn Decilveo (Bat for Lashes, Hinds) and engineered by Emily Lazar (Sia, Clairo, Haim), the glistening pop anthem has Diamandis taking a socio-political, feministic stand while also shining a light on the current climate crisis, with her singing “Mother nature’s dying / Nobody’s keeping score / I don’t wanna live in a man’s world anymore” and “Spring appears when the time is right / Women are violets coming to light / Don’t underestimate the making of life / The planet has a funny way of stopping a fight”.

Musically, ‘Man’s World’ sees MARINA advancing her sound further and continuously finding herself more and more through her music, while still staying true to the ethereal softness that once coined her as one of the most innovative acts in today’s world of music. And with her upcoming album waiting just around the corner, it’s fair to say that 2021 will be a fantastic year for music.