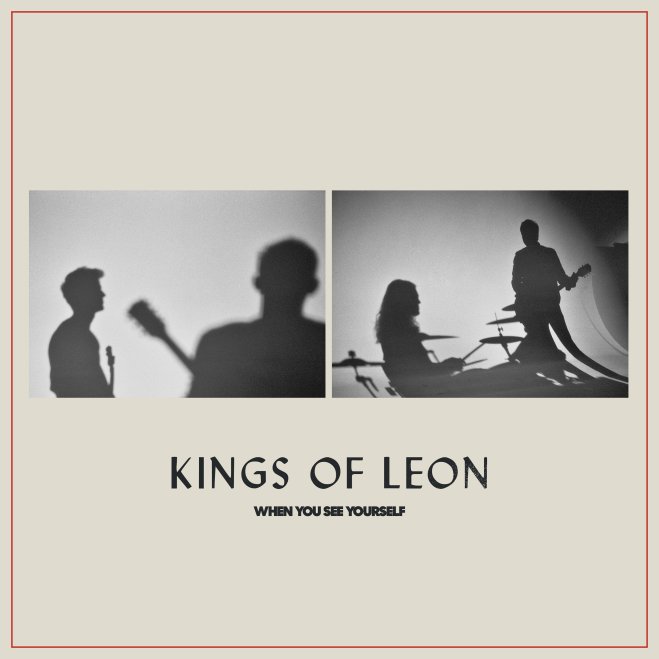 Album Review: Kings of Leon – When You See Yourself

It’s been over four long years since a new Kings of Leon album has grazed everyone’s ears and hearts. ‘WALLS’, the band’s so far biggest commercial success saw the quartet land a hit at the right time, at the right place. And with an extensive catalogue of 20 years of experience in the business, the group is far from having to reinvent itself or having to prove why the members have become legends amongst gods in rock’s heaven. Although that doesn’t mean they aren’t up for yet another surprise punch.

Kings of Leon are a textbook example of the typical rock band – all male, all white, birthed straight out of Nashville, and at home where the crowds scream their names at the top of their lungs. Once known as the band the Strokes would have become had they been based in the South of the US, the talented gentlemen have left that part of their story behind a long time ago – as you do, once you win your fourth Grammy. But now the group has returned with a not so typical rock album that is ready to crush stereotypes and lead its listeners into a world of self-reflection and tell the tale of a band that has had as many ups as it has had downs.

The songs on ‘When You See Yourself’ are long (half of them easily reach the five-minute mark), the lyrics are bedded either in a past long gone or a future to be celebrated, and while heavenly vocals lead the way, heavy guitar strikes, thrilling bass lines and hitting drum beats whirl around in a storm of sounds and voices. From the very beginning, it is clear that the rock outfit, comprising three brothers and a cousin – Caleb Followill on lead vocals and rhythm guitar, Jared Followill on bass, Nathan Followill on drums and Matthew Followill on lead guitar – hasn’t lost its rowdy rock moments on the way to its eight full-length adventure, but the quartet might have just put them on a leash and added a small taste of melancholy to their grand ballads.

Recorded at their Nashville base with Arcade Fire and Florence and the Machine producer Markus Dravs, the album was ready to see the light of day at the end of 2019, but, well, we all know what happened then. Now, over a year later, and the world in a slightly better place, the record leans on the band’s roots, while still adding a few new strokes to Kings of Leon’s flourishing musical canvas. On the one hand, we have songs like ‘The Bandit’ and ‘Echoing’ that are packed with dirty guitars and croaky vocals so catchy that you can almost hear the crowd chanting the chorus at future festival fields. But then there are also the quieter moments that come with a tender intimacy in tracks like ‘100,000 People’, ‘Claire and Eddie’ and the eery ‘Supermarket’ – the latter tracing back to a darker period in frontman Caleb’s drunken past with lyrics like “I’ll never be whole again until I get clean”.

In the end, it’s the songs that combine the best of both worlds, the band’s rocky past and its calmer present, that push the album to its best. While the electric ‘A Wave’ starts off quiet, with a sombre piano playing in the background, before it breaks into an addictive ad hoc interplay between synths and drums that propels the song to new heights, the fun ‘Stormy Weather’ sees Caleb Followill’s good-time vocals mixed with biting guitars straight out of the band’s early days as it moves to a faster tempo.

Ending with the almost dreamy ‘Fairytale’, a reverb-heavy kaleidoscope that might just coin itself as the record’s stand-out hit with its electric string section, ‘When You See Yourself’ sees Kings of Leon take on a challenge and put on a new coat of musical expertise. And while their eighth record might not have them squeeze themselves into a completely new shape, it’s the small adaptions and additions that lend the album its subtle magic. Located between arena-level anthems and studio intimacy ballads, Kings of Leon have taken a step outside by looking inwards, resulting in some of their most personal and honest songwriting in a decade and an album that is meant to be enjoyed live by millions.

Kings of Leon’s eighth studio album ‘When You See Yourself’ is out this Friday via RCA.