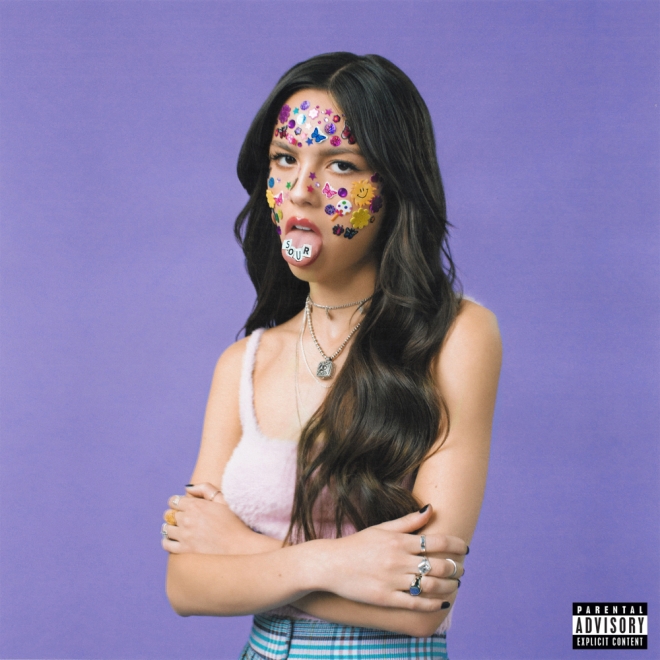 “I want it to be like messy – I am so insecure I think that I’ll die before I drink – And I’m so caught up in the news of who likes me and who hates you”, is how Olivia Rodrigo opens her debut album ‘SOUR’ and captivates everyone who has been mesmerised by her since her breakout single ‘drivers license’. The 18-year-old Disney star didn’t come out to play. She used all of her teen angst, heightened emotions and firing rage to create what might be the best debut album to ever grace the face of the earth.

Throughout the 11 songs, it becomes apparent that ‘SOUR’ is a breakup album with the occasional discourse but, with this, she utilised every fibre of emotion that she felt in the healing process and, yes that includes anger, jealousy, hurt and acceptance. Rodrigo is unlike any pop star who came before. She stays true to her authentic teenage self all the while learning from her predecessors by owning her own masters. Throughout the record certain themes return, and it could possibly even be divided into chapters. ‘brutal’, ‘good 4 u’ and ‘traitor’ tell the tale of the guy who left her and moved on to someone new and exciting yet these tracks aren’t loaded with self-pity but rather terrorising fury. The underlying tones of these wouldn’t be misplaced on an early Paramore album. Whilst with ‘drivers license’ and ‘1 step forward, 3 steps back’ Rodrigo dials down and has softer instrumentals backing her with light acoustic guitars and delicate piano notes. “I wore makeup when we dated ‘cause I thought you’d like me more – If I looked like the other prom queens – I know that you loved before”, are the opening lines of ‘enough for you’ which allows the listener to dwell in Olivia Rodrigo’s state of absolute honesty as she reflects her way of loving and transforms during the tell-all song “Cause someday, I’ll be everything to somebody else – And they’ll think that I’m so exciting – And you’ll be the one who’s crying”, which proves to herself and her fans that she is worthy of love and will find someone better.

‘happier’, ‘deja vu’ and ‘jealous, jealous’ is jealousy laced in sadness and an occasional kick of realisation and resentment. It’s in these songs that the 18-year-old excels within her vocal range – going up and down to illuminate the scenes in which these tracks play inside of her mind. Rodrigo has never shied away from telling the world who her influences are, and the biggest one is even interwoven into ‘1 step forward, 3 steps back’. Taylor Swift’s ‘New Year’s Day’ was interpolated into the melody which gives the song an elevated experience, as the newer generation is catching up with their so-called master and are at the start of their legendary trajectory.

‘hope ur ok’, closes the record and ends it on a hopeful note. No longer is Rodrigo focused on her all-consuming breakup but rather sets her mind on remembering her long-lost friends who haven’t had an easy life “His parents cared more about the Bible than being good to their own child”, “She was tired ‘cause she was brought into a world where family is merely blood – Does she know how proud I am she was created? With the courage to unlearn all of their hatred?”. The bedroom-pop like song doesn’t dwell on the utter sadness but rather the hope of a better life, a life she hopes they’ll be able to create. And this transcends the people she knows personally but is a lifeline for every person who might be in these situations.

Olivia Rodrigo proves to be one of a kind, a talent unlike any other and with ‘SOUR’ she has underlined the importance of an album filled with emotions of all kind can do. To be as raw, honest and authentic as can be is not easy for many but to Rodrigo, it seems to be the easiest thing in the world. ‘SOUR’ is only the beginning of a legend in the making, and everyone along for the ride should be happy that they’re here to witness, the start of an artist who will go down in history.