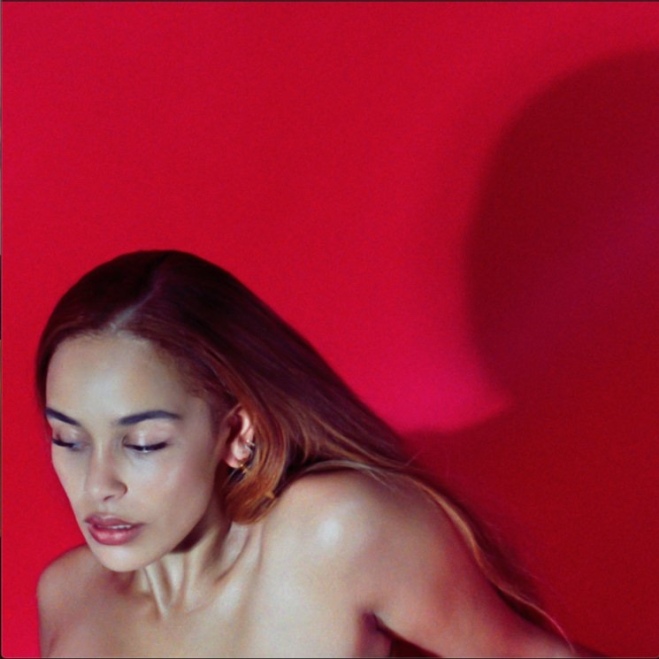 English singer-songwriter Jorja Smith teases what we might expect from her second debut album by releasing her EP ‘Be Right Back’. It features the previously released Singles ‘Addicted’, ‘Gone’ and ‘Bussdown’ (feat. Shaybo). Smith herself called the EP a “waiting room” to her new album, hence the title, and that is the impression you get when listening to the eight-track project.

While some songs like ‘Addicted’, ‘Weekend’ and ‘Gone’ seem completed and well-rounded, songs like ‘Time’ or ‘Home’ give the feeling of an unfinished demo – a project that is still in the making. The purpose of this project – as Smith has also indicated in an interview with ELLE UK – is to show how much she has matured since the release of her first album ‘Lost & Found’, and to clear her head. Songs like ‘Time’ and ‘Home’ might suggest the direction in which Smith is headed in preparation for her second debut album. As has already become evident in her previous works, Smith can convey themes from loneliness to passion with a unique warmth and grace through her rhythmic vocals.

‘Bussdown’ featuring London-rapper Shaybo stands out through its dominant Afro-Caribbean beats and Smith’s immaculate sense of rhythm. Shaybo’s rap-verses lend the song a certain edge which underlines the empowering lyrics: “Now they fear a bitch like me ‘cause of the bitch I be / I told you to be careful of me, be careful, honey”.

‘Gone’ is a smooth and melodic tune lead by a captivating electronic beat and a repeated delicate piano sequence. The Grammy-nominated singer appreciates the free interpretation of song lyrics and that listeners can recognise their own story in someone’s lyrics. In ‘Gone’, Smith addresses her emotions and thoughts after losing someone in a car accident. Loss and regret are the most common themes here: “Know who’s not around to share another go-around with me / Long ago’s where’d they? No one knows / Tell me what do to when the ones you love have gone missing”.

Smith finishes the eight-track EP with a banger! The rather gloomy tune “Weekend” offers a soulful end to ‘Be Right Back’ by dealing with sensitive topics such as losing control, regret and heartbreak. This song shows how helpful music can be in healing wounds from the past: “She hasn’t seen, loves entirely, only seventeen / Got her locked, got her lost, now she’s on her knees”.

With ‘Be Right Back’, Smith touches upon delicate and personal struggles that she is working through and gives us an idea of what we can expect from her second debut album. Especially the first and last tracks of the EP leave us wanting more, which was probably the aim of the singer. ‘Be Right Back’ is a rhythmic and tasteful intermediate stop to enjoy until we can finally revel in Smith’s second debut album.