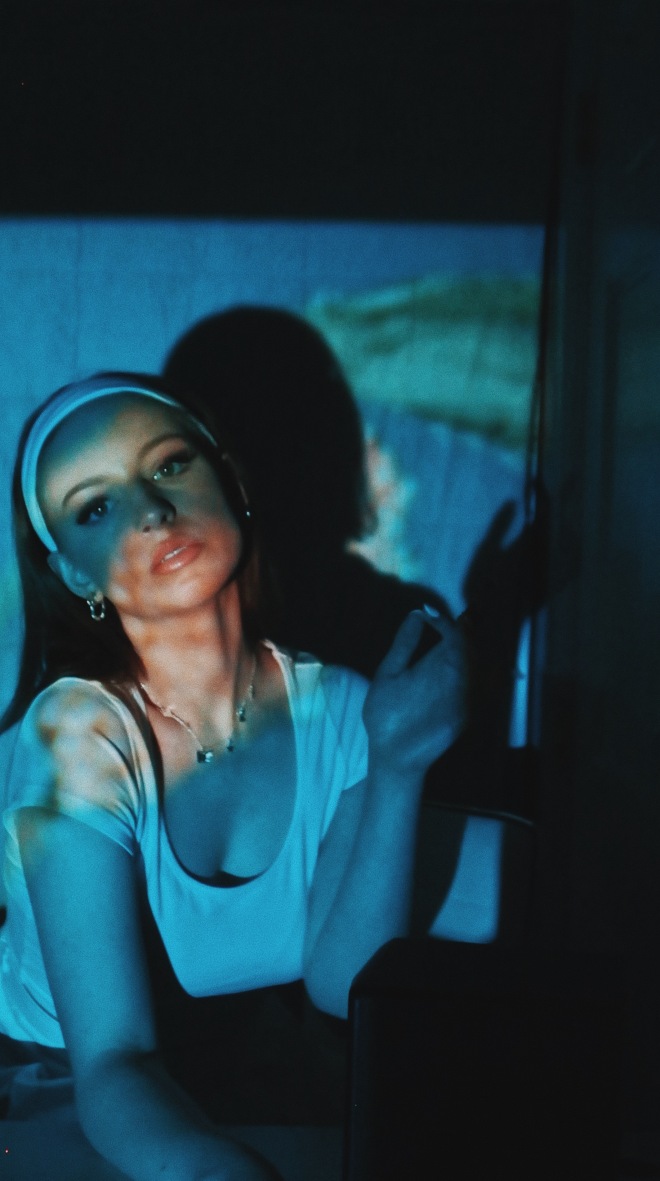 At times the overconsuming dread of social media can become tiresome but then you stumble upon an exciting new up-and-coming artist like Camille, and all the negativity and doubt just flies away. This young artist who released her debut song on streaming platforms during the first lockdown is quickly but steadily finding her own set of people through her niche “early 20s identity crisis”.

Being born in a musical family, Camille has been writing lyrics for as long as she has been singing, “Sometimes lyrics just come to me and as a teenager when I would take the bus, I would often take a notebook with me just for that purpose,”, the indie-pop artist admits. Through her countless bursts of inspiration, she has tons of unfinished songs and it took her until 2019 to discover that her perfectionism was occasionally holding her back by not allowing herself to share her abilities with the rest of the world. Today, Camille still wants her music to be as perfect as can be but has realised that music is art and art doesn’t necessarily need to be perfect.

Now that she has finally opened up and is sharing her craft, the 22-year-old has seen that her mix of “bedroom pop meets mid-2010s indie-pop nostalgia” has been relating with people which she experiences as something that is astonishing especially as it comes from something she has written. Music, Camille feels, has become a place to be completely and undeniably honest. Therefore a sentiment that returns in her tracks is the feeling of being stuck and unsure of what you’re supposed to be doing, “For whatever reason, I feel like we don’t really talk about it. It’s fucking hard out here, especially when you’re constantly being told to enjoy these years and there’s so much pressure to not only work hard and be successful but to have fun and fall in love and make your 20s really memorable. So a lot of music I have coming up focuses on those kinds of feelings,”, Camille admits.

Those thought patterns are what make her music so relatable yet special. Listening to music is a way to disconnect and analyse your inner emotions, but making it and seeing people comment on it and telling you how they relate to it and how it has helped them has been a whole other feeling according to the 22-year-old. Therefore, she is eternally grateful for platforms like Spotify which, through the means of playlists, have broadened her demographic, making it a rewarding experience to see people from all walks of life listen to her music.

Camille, her artistry, and musical exploration have grown a whole lot since the time when all she did was make home videos where she was singing lyrics that were “complete nonsense” in the 2000s, yet the love and passion have remained. ‘The Other Side’, Camille’s newest track made her explore another dimension as she says that this year she has grown in terms of lyrics and production.

Like many others, music has been Camille’s way of coping throughout the entire ordeal of the pandemic, finding a safe haven in the constant stream of ever-growing content. But unlike the time before things like lockdown and quarantine were in our daily vocabulary, the universe has found another person to turn to when all is going down and the stringing of sounds and words are the only thing keeping us sane.

Being in your 20s is tough. There’s falling in love with the wrong person, growing apart from the people you used to call your best friends and the grand task of deciding what you want to do with your future and life. 🫠
Two years after their magnificent debut @wearethewrecks are back with their sophomore album ‘Sonder.’ Out everywhere tomorrow, go check out our review today to prepare yourself for the indie-rock album of the summer. As energized and vulnerable as ever ‘Sonder’ is everything you knew The Wrecks to be and more.
It’s been over two years since Harry Styles last gave the world a taste of his musical expertise. With his third studio album, the young pop-king seems to have fully grown, feet firmly planted into his own musical world, which he invites everyone to explore. Discussing topics close to everyone’s hearts, it’s a record packed with love, intimacy and personal growth. 🏠
“You can’t be making your art for other people to like it. Because at the end of the day, there are always going to be people that hate it, there are always going to be people that love it, you just need to find the community that loves it and wants a share in that joy with you,”, states @scarlettmtaylor when talking about her take on today‘s music industry.
In times of Covid-19, countless lockdowns, album and single pushbacks and the ever so prevalent pressure to always be on top of your game no matter what, it hasn’t been the easiest mission for musicians all around the world to keep up a happy face and deliver their best. When the whole globe lunged for artists to keep it entertained, a lot of them turned away from the countless eyes watching them to get some weight off their shoulders. 💥
What does being a musician in this day and age mean? In a world that demands everything to be faster, better and easier to access, does real artistry really have to be just that? Or is there a way to find longevity, your own self and true freedom within the chaos? 🌪
%d bloggers like this: